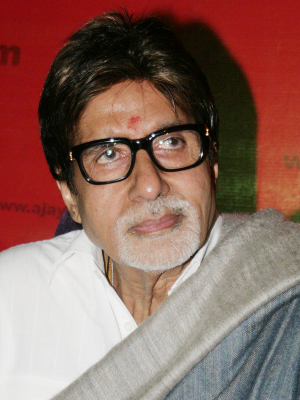 Amitabh Bachchan is a veteran Hindi film actor with over 200 films over a career spanning forty years. The 1970s saw him as the "angry young man", a rebel who depicted the Indian reality on screen and won the hearts of cinegoers.

Ironically, Amitabh, in his early years, was rejected by Air India Radio because they didn't think his voice was suited for radio.