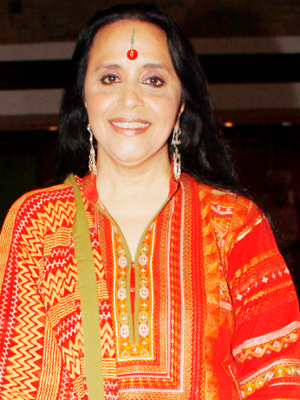 Rustic folk singer Ila Arun was born in Jaipur, Rajasthan, which speaks of the strong Rajasthani folk influence in all of her early songs. She completed her graduation at the Maharani Girls College in the city and made her way to the film industry. Her entry was to be an actress, playing character roles in parallel cinema. Notable among such films were “Mandi” (1983) and “Ardh Satya” (1983).

It was during the early 1990s’, that she started as a recording artiste, releasing private albums like “Chhappan Chhuri” and “Bichuda” which remained popular. Music director duo Laxmikant-Pyarelal heard her voice and signed her for the song “Choli Ke Peeche” (“Khalnayak”, 1993), which was impossible to ignore - by those who loved it as well as those who hated it! In 1996, she released the album “Vote for Ghaghra” which sold more than a lakh copies in India only, making her the most widely listened to folk artiste in India, with the exception of Daler Mehndi.