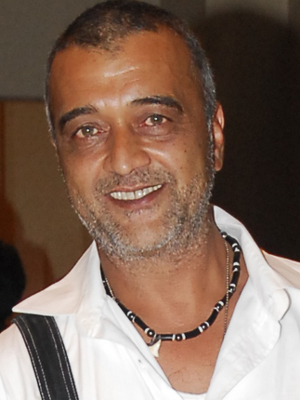 Lucky Ali, born Maqsood Mehmood Ali, is the second son of Bollywood actor and comedian, Mehmood and a singer, songwriter, composer. His mother Mahelaka is the sister the popular actress of the 1960s, Meena Kumari. Growing up in a family of film personalities, he started his career young and debuted as a child artist in his father's film "Chhote Nawab" (1961).

His grew up in a boarding school in Mussoorie and tried his hand at many careers but is best known for his music. Lucky strained relations with his father and his experimentation with marijuana, led his Mehmood to write the script of the film "Dushman Duniya Ka" (1996). The film starred Lucky Ali's youngest brother, Manzoor while Lucky sang a song for the film.

While he had already dabbled in films as an actor and singer, Lucky seriously began his career in music with Mike McCleary, his brother-in-law and recorded ten tracks with him. After approaching many labels, he finally landed a contract and released his debut album "Sunoh" in 1996. The song "O Sanam" from the album was a huge success and catapulted his career forward. Interestingly, the song's music video featured his first wife Meaghan Jane McCleary. "Sunoh" won many awards, including the Best Pop Male Vocalist at the 1996 Screen Awards and the Channel V Viewers Choice Award in 1997. It stayed on the MTV Asia Charts for 60 weeks. His next album, Sifar, was not as successful as Sunoh, but it was noted for its music, lyrics and soulful vocals.

Lucky Ali’s third and fourth albums were "Aks" (2000) and "Kabhi Aisa Lagta Hai" (2004), both of which were reasonably successful. After a five year break, he released a new album "Xsuie" in 2009. His song "Anjaani Raahon Mein" from the album "Meri Jaan Hindustan" which commemorated 50 years of Indian independence in the year 1997 is also very popular.

While he still continues to do be connected with music and does shows, he has also moved on to several other things including farming. He lives in Bangalore with his wife, a one-time Miss England, Aiesha Ali née Kate Elizabeth Hallam.