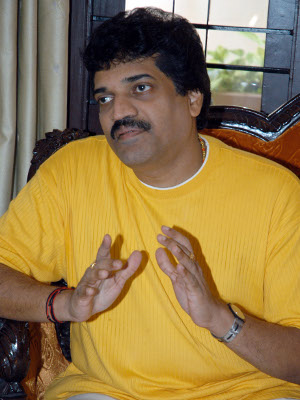 Alapuzha-born Malabar Gopalan Nair Sreekumar saw music all around him while he grew up. His elder brother, M.G. Radhakrishnan was a famous music director and his elder sister, K. Omanakutty, was a classical vocalist. However, Sreekumar, instead of choosing music as a career, began to work at the State Bank of Travancore and made his debut as a singer only in 1984 for the Malayalam film “Poochakkoru Mookkuthi” (1984), whose music was composed by brother and guru, M.G. Radhakrishnan.

Over time, he came to be identified as voice of rising star Mohanlal. With Mohanlal’s ascent to superstardom in Malayalam films, Sreekumar’s popularity also rose. The first film that perhaps had the biggest impact onf his career was “Chithram” (1988) - again a Mohanlal film and a big hit. For the song “Naadaroopini” from the film “His Highness Abdullah” (1990), he bagged his first National film Award, and established himself as a premier singer in Malayalam films. Since that he has sang prolifically for not just Malayalam films but also Tamil, Telegu and Hindi films. He won the National Film Award the second time for the film “Vasanthiyum Lakshmiyum Pinne Njanum” (1999) and has won several other awards.

Sreekumar appears on Malayalam language TV, as an anchor of the program SaReGaMa and as a judge on the talent show Idea Star Singer.