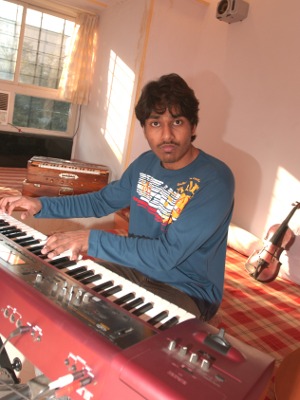 Indian music composer and singer Mithoon Sharma was born on January 11, 1986. His father, Naresh Sharma is also a composer in Bollywood. He is the grandson of Pandit Ramprasad Sharma and nephew of Pyarelal of the greatest composer duo Laxmikant-Pyarelal.

Though Mithoon plunged into playback singing only with "The Train" (2007), he had already made his presence felt as a music director in Bollywood with "Bas Ek Pal" (2006) and "Anwar" (2007).

All Of Me (Baarish)