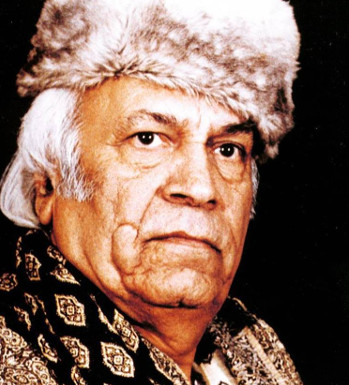 Shiv Dayal Batish was a classical musician, composer and playback singer in Punjabi and Hindi films. Born in Patiala, he was active in the music industry for over six decades. His love for music started as child and became a career option when his role as actor-singer in a college drama was widely appreciated. After a short introduction to the Hindi film industry in 1934, he return home to Patiala and started training under Chaandanram Charan.

Over the next few years, S.D. Batish performed for All India Radio and worked for EMI as a vocal artist. He started getting playback singing offers from Punjabi and Hindi films. Renowned music director Pandit Amarnath took him under his wings and by 1947, S.D. Batish had started composing for films as well.

S.D. Batish moved to UK in 1964 where his daughter was studying. His move was fortuitous since it led to the opportunity of playing with the Beatles for the background score of their film “Help” (1965). In 1970, Batish got a teaching position at the University of California, and moved to Santa Cruz, USA where he lived until his death on July 29, 2006.