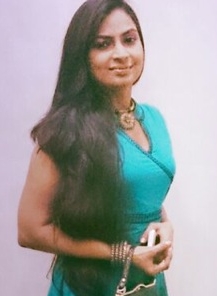 Seema Saini is a small-town girl from Bhopal who made it big in her debut year as lyricist in Hindi films. Her song "Sheet Leher" ("Lanka", 2011) won her the Upcoming Lyricist Of The Year Mirchi Music Award.

She debuted in the film "Sahi Dhande Galat Bande" (2011) with the songs "Mast Kalander" and "Barf Mein Tension". She has also writen lyrics for the songs "Bas Tu Hi" and "Baanwra Mann" from the film "Chal Pichchur Banate Hain" (2012).

Seema is also active in the TV circuit having written songs like the title songs of "Mission Sapne" for Color and "Ek Nai Pehchan" for Sony TV.