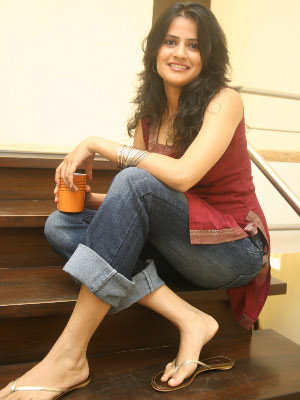 Sona Mohapatra is a singer-songwriter who dons multiple hats - independent musician, live performer, Bollywood playback singer and entrepreneur. Originally from Orissa, she travelled across India as a child thanks to her naval officer father’s transfers. While she is trained in Hindustani music, her music is influenced by diverse musical genres and styles.

After completing her engineering and MBA, she started off on a predictable corporate job but gave it up to pursue her passion in music. She started her musical career singing in ad jingles and formed a live band called Sona. After a few years of performing live gigs, she released her debut album Sona in 2007 in collaboration with composer Ram Sampath. The album became very popular and the songs from the album, including "Bolo Na", "Aja Ve" and "Abhi Nahin Aana", became chart-busters.

Two years later, she recorded the single "Diljale" and later "Paas Aao Na" which became the jingle for Close Up advertisments. She has also sung several songs in Bollywood.