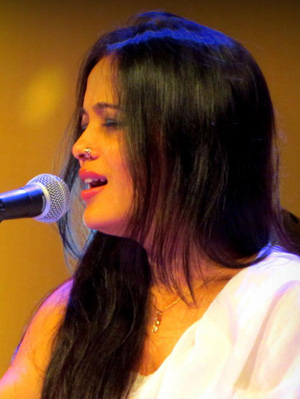 Sowmya Raoh is an Indian playback singer and the daughter of veteran Kannada singer B.K. Sumitra and Sudhakar. She has sung in many languages including Kannada, Tamil, Telugu and Hindi.

She has also worked on non-film songs including Sandeep Chowta's "Mitti" and “Now That's Sandeep Chowta”, the remix hit "Hai Re Hai Mera Ghoongta" and her self -titled album "Sowmya".

Raoh has worked with the big guns in Hindi film industry like Shankar - Ehsaan - Loy, A.R. Rahman, Vishal - Shekar, Pritam and Anu Mallik. In the south, she has worked with Ilaiyaraaja, Deva, Vidyasagar, Hamsalekha and Harris Jayaraj.

Mitti - Songs Of The Soil