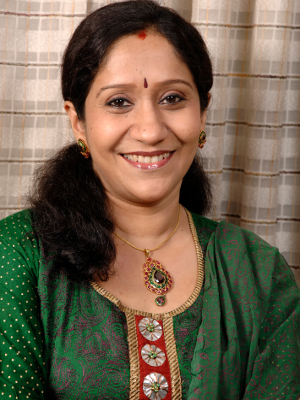 Playback singer Sujatha Mohan was never too far from music, and has been singing ever since she was a schoolgirl. In the 1970s’ she gained immense popularity as Baby Sujatha when she regularly performed on stage along with singer K.J. Yesudas. So much so that, by the time she was twelve years old, she had recorded her first ever film song - for the Malayalam film “Tourist Bungalow” (1975).

Though her first recorded Tamil song was to be “Kaadal Oviyam Kandein” for the film “Kavikuyil” (1977), but since the song was never included in the film, her first Tamil song was for the film “Gayathri” (1977). After recording her first few songs with Illayaraja, she got married in 1981 and took a sabbatical, though she did keep singing for advertisement jingles for A.R. Rehman and also learning the Hindustani Classical music. It was here that Rehman asked her to sing “Pudhu Vellai Mazhai” for his upcoming film “Roja” (1992)