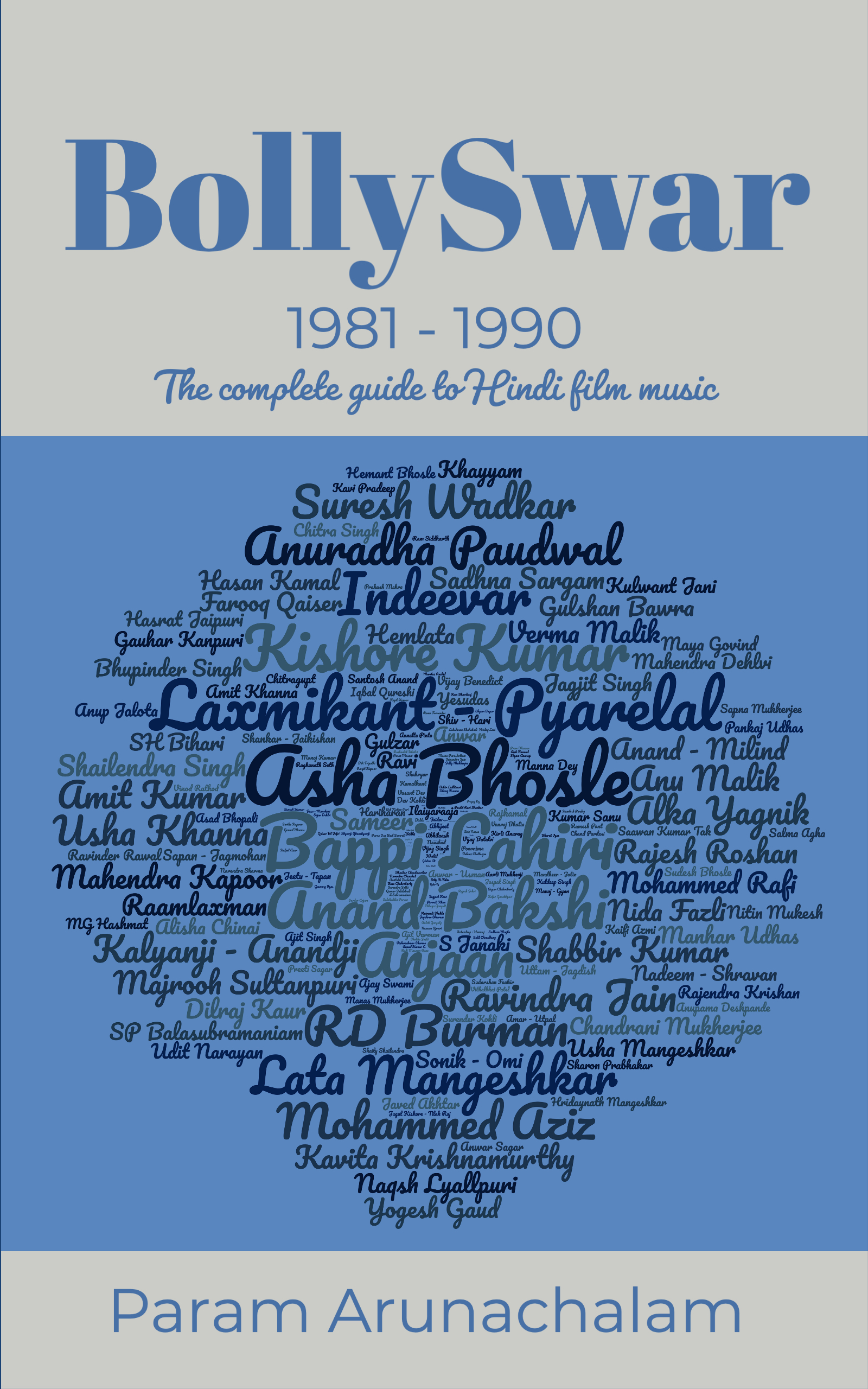 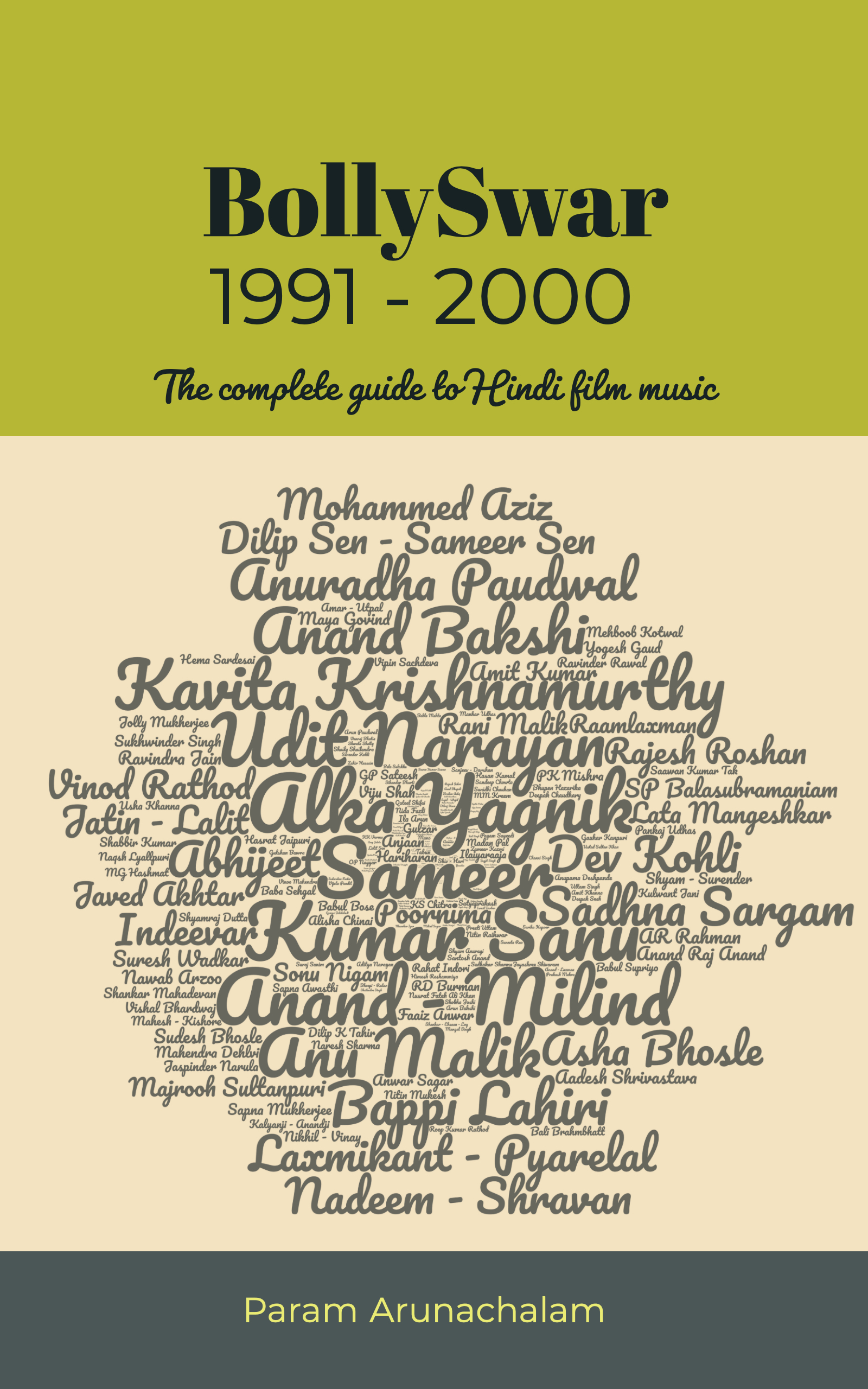 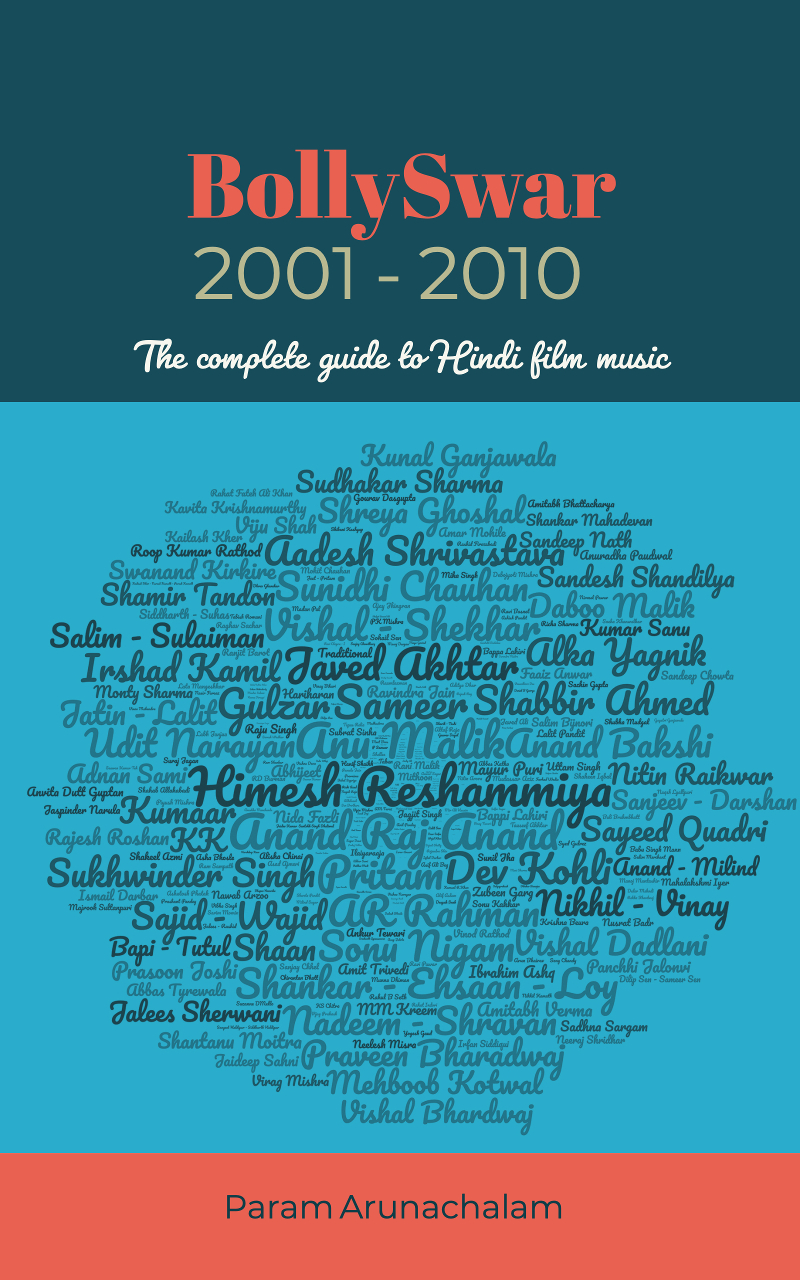 BollySwar is a decade-wise compendium of information about the music of Hindi films. Each volume chronicles a decade of Hindi film music. These books catalogue thousands of films and songs, involving thousands of music directors, lyricists and singers. In each volume, an overview of the decade highlights the key artists of the decade - music directors, lyricists and singers - and discusses the emerging trends in Hindi film music. A yearly review provides listings of the year's top artists and songs and describes the key milestones of the year. The bulk of the book provides the song listing of every Hindi film album released in the decade. Basic information about each film's cast and crew is provided and detailed music credits are provided. Where available, music credits go beyond information regarding music directors, lyricists and singers, and include the names of session musicians, assistants, programmers, arrangers, mixers, recordists, etc. Where applicable, music-related awards are listed. Interesting trivia is listed for most films, including information about artist debuts, plagiarised or sampled songs, controversies and stories behind the making of the film and its music. This book is primarily meant as a quick reference for people looking for information related to a Hindi film or a song, but readers can also browse through the book to get an overview of the events that shaped Bollywood music in the decade. Given that Hindi films are a reflection of the Indian society, the reader can also glean insights about the country's socio-political and cultural environment from the book.

The e-book can be read on a Kindle device or on Kindle apps available in various platforms. It is available for purchase on Amazon in various countries including India, US and UK.