Great friendship song
"Yeh Dosti" may not be the most melodious song or one that has awesome singing but it packs a huge punch. For many Indians, it is THE definitive male bonding/friendship song. I love the song for its beezy instrumentation made up of the usual Pancham trademarks - banjo, bango, sax, trumpet, electric guitar, whistle, harmonica. 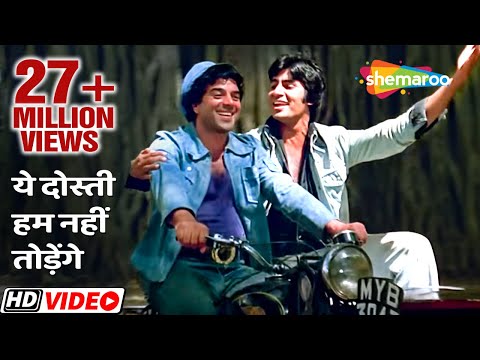