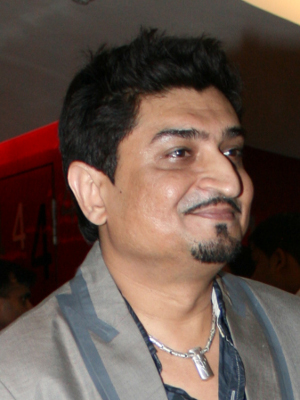 Neeraj Shridhar is a musician, playback singer, lyricist, and composer.  He formed the Pop and Rock band called “Bombay Vikings” in 1999, in Stockholm, Sweden, along with Oscar Soderberg and Mats Nordenborg.


Neeraj Shridhar, a Punjabi bhramin, is a native of Jallandhar, Punjab.  He moved to Sweden when he was thirteen years old where he formed his own band in 1994.  He used to sing English songs with a strong Indian influence.

However the band separated, but he formed another band using the same name.

“Kya Soorat Hai” was Neeraj Shridhar’s debut album. It was released in 1999 after almost 4 years since it was made. The album was basically a collection of eight English songs, some of them containing a few lines in Hindi. The music companies in India did not think it would be a success. However, Sony BMG agreed to produce it in India without any changes and it turned out to be a huge hit. Some of the hit songs in the album were “Kya Soorat Hai”, “Mona Re” and “Night Is So Perfect”.


Their next album “Woh Chali” which was released in 2000 included five original songs and four remakes. Some of the hit songs in the album are “Who Chali”, “Jambola”, “Angel Eyes” and “Jump Up” out of which the first three songs were also made into music videos. Lata Mangeshkar was so impressed with the remake of the song “Who Chali” that she invited Neeraj to perform on her birthday.


The year 2004 saw two releases from Neeraj – the album “Chod Do Aanchal Zamaana Kya Kahega” and “Fusion Remixes”. The title song “Chod Do Aanchal Zamaana Kya Kahega” was played on every music channel for over a year! Some of the other hit songs in the album were “Ik Baadal” and “Aa Raha Hoon Mein”. He also produced a single called “Hum To Anything Karega” which was an adaptation of “Hum To Mohabbat Karega” which featured in the album “Fusion Remixes” along with a few of Falguni Pathak’s songs. This album was followed up by another one called “Zara Nazaron Se Kehdo” in 2006.


The year 2006 also marked the entry of Neeraj’s entry into Bollywood with the song “Tumko Dekha” in the film “God Tussi Great Ho” (the film was actually released in 2008).  Some of his hit songs in Bollywood films in 2007 are “Ticket To Hollywood” in the film “Jhoom Barabar Jhoom”, “Ishq Ka Kalma” in “Dhan Dhana Dhan Goal”, ”Bhool Bhulaiya” in “Bhool Bhulaiya”. Neeraj has worked with most of the leading music directors in Bollywood like Shankar-Eshaan-Loy, Pritam, Sajid-Wajid, Salim-Sulaiman”,”Anu Malik”, “Nadeem-Shravan” and “Aashish Pandit”. He had worked with Salim-Sulaiman while composing the title song for the television show “Khatron Ke Khiladi”.  In 2008, Neeraj’s songs featured in films like “Race”, ”Golmaal Returns”, “Kismat Konnection”,”Krazzy 4”, “Mission Istanbul”, and ”Singh is Kinng”. In 2009, he sang in films like “Raaz-The Mystery Continues”, “Chandni Chowk To China” and “Billu”, among others.


His latest hit song is “Character Dheela” from the film “Ready” (2011), starring Salman Khan and Asin.