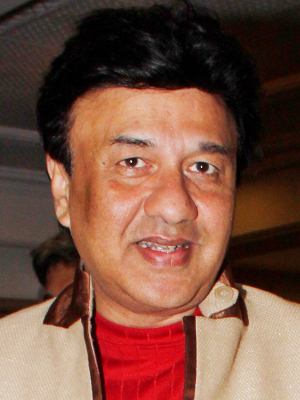 Anwar Sardar Malik, known popularly as Anu Malik, of the yesteryear Bollywood composer Sardar Malik. He trained in music under Pandit Ram Prasad Sharma. Though he made his debut as a composer in 1977 with "Hunterwali", it was years later that he got his first hit, with "Sohni Mahiwal" (1984). Songs of this film like "Sohni Chinab De Kinare" and "Bol Do Meethe Bol Soniye" got him nominated for the Filmfare Awards.

The success of "Sohni Mahiwal" led to many offers and he composed music for several film over the next decade but none of them made any impact. Eventually, the tide turned with "Baazigar" (1992). The film's music earned him his first Filmfare Award and established him as a bankable music director. Post "Baazigar", Anu Malik's winning streak continued with films like "Phir Teri Kahani Yaad Ayee" (1993), "Sir" (1993), "Main Khiladi Tu Anari" (1994) and "Akele Hum Akele Tum" (1995).

Despite criticisms of plagiarim, he continued to enjoy success with films like “Border" (1997), "Refugee" (2000), "Main Hoon Na" (2004) and "Murder" (2004). “Refugee" even won him the National Award for Music Direction. By the mid 2000s, offers dried up, thanks to a new generation of emerging composers and he slowly faded away as a major player in Bollywood.

Though written off as a singer, Anu Malik has often lent voice to his own compositions. Notable among such numbers are "Ek Garam Chai Ki Pyali" ("Har Dil Jo Pyar Karega", 2000) and "Gori Gori" ("Main Hoon Na", 2004). He also released a few non-film albums - "Tera Chehra", "Dhuan Dhuan" and even an English language album called "Eyes".

In the last few years, Anu Malik has been the resident judge of the reality show Indian Idol.