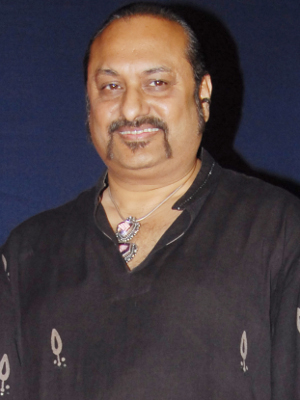 Leslie Lewis, popularly known as ‘Lezz’ is a talented guitarist, composer, lyricist, arranger and singer best known for his work with the band ‘Colonial Cousins’, a duo comprised of Lezz and Hariharan. He is the Music Director for Coke Studio MTV @ India - Season 1.

Lezz's father P. L. Raj was a famous film choreographer and was also his inspiration. He was exposed to the Beatles, Jimi Hendrix and Eric Clapton when he went to boarding school.

He launched his own music company ‘Ze-Bop Musik Pvt Ltd’ in the year 1987 and started composing jingles for TV commercials. His jingles were widely accepted by the audience and have won various awards at Indian Advertising Academy of Film Art, Ad Club and Zee Awards for best advertising music.

Due to a delay in receiving the lyrics of a jingle, got noted Ghazal singer Hariharan and Lezz to jam a session of fusion of Indian and Western music which resulted in the birth of a famous band ‘Colonial Cousins’. Their first album, ‘Colonial Cousins’ was a fusion album and was the first Indian act that was featured on MTV Unplugged. It won many awards including the MTV Indian Viewers' Choice award and Billboard Award for the Best Asian Music Group. Leslie and Hariharan became the first Indians as well as first Asians to perform on this show. They also won the Channel [V] award.

The next few albums composed by the Colonial Cousins were ‘The Way We Do It’ (1998) and ‘Aatma’ (2001). The Tamil film Modhi Vilayadu (2009) had score and soundtrack composed by the duo. They also composed for the 2010 Tamil film Chikku Bukku. But none of their albums were as popular as their first one.

Lezz's other musical credits include composing the remix for Asha Bhosle's ‘Rahul and I’ album and also the musical scores for her ‘Janam samjha karo’ album. He also composed and produced music for Suneeta Rao’s ‘Paree Hu Main’, Alisha’s ‘Bombay Girl’ and for KK’s ‘Pal’. His other compositions are for the ‘Band Of Boys’ album 'Gaane Bhi Do Yaaron' and Sonali Rathore's album named 'Sunali - This Is Me'.