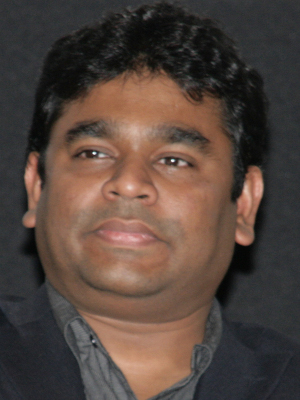 Allah Rakha Rahman is a musician, record producer and singer. He was born on January 6, 1966 to R.K. Shekar and Kasthuri (now known as Kareema Begum) in Chennai, Tamil Nadu.

A.R. Rahman’s father, who was a music director and conductor in Malayalam films passed away when Rahman was just 9 years old. His father’s death began a tough phase of life for Rahman and his family as they had to live on the money earned by renting his father’s musical instruments.

A.R. Rahman converted to Islam in 1989 along with some members of his family and thus the man who was born as A.S. Dileep Kumar came to be known as A.R. Rahman. He lives in Chennai with his wife, Saira Banu and his three children.

A.R. Rahman started his career at a very early age as an instrumentalist and arranger for a number of music directors and musicians including Illaiyaraja, M.S Viswanathan and Ousepachhan. He was also part of a few music bands – Nemesis Avenue with Suresh Peters, Roots with Siva Mani – but they did not last long. In 1989, he started Panchathan Record Inn, which is now considered to be one of the best recording studios in India. He also had a successful career in composing jingles for advertisements. In fact, it was at the award party for one of his successful ad jingles that he first met Mani Ratnam.

A.R. Rahman burst into public consciousness in 1992, when he composed music for Mani Ratnam’s movie “Roja” and his songs in the movie sold millions of copies even months after the movie was launched. His debut album for this movie earned him the “Rajat Kamal Award” for the Best Music Director at the National Film Awards. This was the first time ever a debutant music director had won such a prestigious award at the national level.  After “Roja” there was no looking back for A.R. Rahman.  He won the National award three more times – in 1997, 2002 and 2003 for the movies “Minsaara Kanavu”, “Lagaan” and “Kannathil Muthamittal” respectively.

A.R. Rahman was awarded the "Padma Bhushan", the third highest civilian award by the Government of India in 2010. Among the other awards he has won, he has to his credit a Golden Globe, a Bafta, two Oscars and two Grammy awards for his work in the movie "Slumdog Millionaire".

Ada A Way Of Life