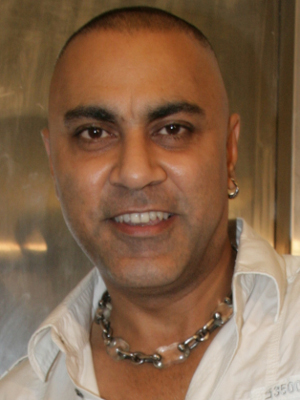 Harjit Singh Sehgal, born in Chandigarh and trained as an electrical engineer, had grander plans than working a normal job. With the knack of being humourous and snappy with words, he transformed himself into India's first rapper - Baba Sehgal.

His first couple of albums “Dilruba” (1990) and “Alibaba” (1991) marked the arrival of a new voice and sound in the Indi-pop scene, but his smash hit “Thanda Thanda Pani” (1992), a remake of “Ice Ice Baby” by Vanilla Ice, rose to the top of the charts and established him as a leading music artist. His other hits include “Manjula”, “Dil Dhadke” and “Main Bhi Madonna”.  “Dil Dhadke” also gave Baba Sehgal the distinction of being the first Indian artist to be featured on MTV Asia. Of the various albums he has released, he enjoys multi-platinum record sales for five of them.

Baba Sehgal had other interests too. During the 1990's he hosted the music countdown show Superhit Muqabala which was aired on DD-2. He performed in stage shows and did a few modeling stints as well. He made his debut as an actor in “Miss 420” (1998) for which he also sang in a few songs including the hit “Aaja Meri Gadi Mein Baith Ja”. He followed it up with another movie “Double Gadbad” (1999) but his acting career went nowhere.

He disappeared from the Indian music scene when he moved to the US in 2000, where he did stage shows and also played himself in a musical, “Britney Marries Krishna”.

After a few years in the US, he returned to India to stage a comeback but has yet to repeat the kind of buzz he generated with “Thana Thanda Pani". In recent years he has appeared on many shows on the silver screen. He has also sung for songs in Telegu movies like “Jalsa”, “Aarya 2” and “Don Seenu”.