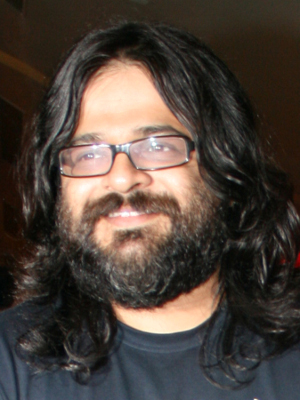 Pritam was born in Kolkata in a Bengali family. He inherited his interest in music from his father, Prabodh Chakraborty, who ran a music school for children. He started learning the guitar in school and graduated to a band called "Jotugriher Pakhi" in college. As part of the band, he even released a cassette. Later, Pritam joined the iconic Bangla rock band, "Chandrabindoo".

In 1993, Pritam joined the Film and Television Institute in Pune for a course in sound recording and sound engineering. It was around this time that Hungarian film-maker Istvan Gaal gave Pritam a chance to compose the background score for a film. Pritam moved to Bombay and composed ad jingles and became acquainted with many struggling film personalities like Shantanu Moitra, Sanjay Gadhvi and Rajkumar Hirani. When Sanjay Gadhvi made his first film, "Tere Liye" (2000), he roped in Pritam and his friend Jeet Ganguly to compose the music for his film. Jeet - Pritam's debut soundtrack sank without a trace, along with the film. In 2002, Pritam and Jeet together composed music again for Yashraj Films’ "Mere Yaar Ki Shaadi Hai" (2002). They team up one last time for the film "Mudda: The Issue" (2003) and then went their separate ways.

Despite his success as a music director, the shadow of plagiarism has always loomed large on Pritam's career. He has been accused of copying tunes on various occasions and in 2009, producer Vipul Shah even made Pritam sign an anti-plagiarism indemnity for his film "Action Replayy" .

Pritam won the IIFA Award for the Apsara Producer’s Guild for "Love Aaj Kal" (2009). He also won the Radio Mirchi, Composer Of The Year Award for "Ajab Prem Ki Ghazab Kahani"  (2009). Pritam won the Big Star Award for his song, "Pee Loon" ("Once Upon A Time In Mumbaai", 2010). Pritam's biggest year in the award circuit was 2012, when he sweeped up almost all major award for his music for "Barfi".