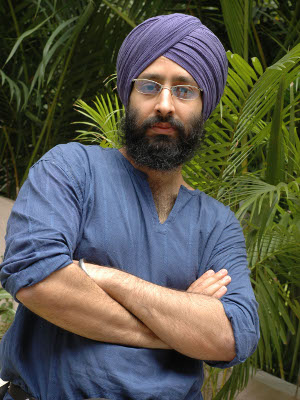 Gurpreet Singh Shergill, known to us as Rabbi Shergill, was born in New Delhi to a Sikh preacher  father and a Punjabi poet and educationist mother. Since music, poetry and spirituality formed a part of his formative years, it was no surprise that poetry of the most revered Punjabi poets is the biggest influence. So much was his involvement in music that he formed a band called ‘Kaffir’, though performances were hard to come by.

Since he had no intention to change his line of work and become a part of the corporate world like other band members, he kept afloat composing for jingles. He worked with Sony Music as a recording artiste, but later Sony backed out on him. It was in 2004, when he cut an album titled “Rabbi” with Phat Phish records that people would sit up and take notice of.

The song “Bulla Ki Jaana” from his first album is still etched in public memory. Apart from this Baba Bulleh Shah-penned number, the album included poetry by other prominent Punjabi poets like Shiv Kumar Batalvi and Waris Shah. His own compositions from the album were as varied the joyful “Ajj Nachna” or the hard-hitting “Jugni.” He composed  music  and  wrote lyrics for the film “Delhii Heights” (2007).

His most recent album was “Avengi Ja Nahi” (2009), in which he followed his trend of bringing up current and burning issues using music and poetry as a medium. The song “Pagrhi Sambal Jatta”, which tries to make a modern Sikh aware of his history and heritage, was well lauded. And what’s more, his fan base is as varied as Amitabh Bachchan and even celebrated author V.S. Naipaul!