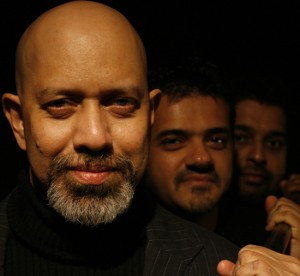 Shankar Mahadevan, Ehsaan Noorani and Loy Mendonsa are music directors who have composed music for films in many languages.

Shankar, born and brought up in Chembur, Mumbai, is the vocalist in the trio and studied Hindustani and Carnatic classical music. He performed rock, blues, and jazz music before entering the film music industry. He made his singing debut in the Marathi film, "Vahinichi Maya" (1985). Ehsaan is the guitarist in the group and learnt the instrument from Bismarck Rodrigues. He did several jingles and was part of a jazz band. He also worked with Ronnie Desai, Laxmikant - Pyarelal, and Kalyanji - Anandji. Loy is the keyboardist of the trio and has played keyboard for A.R. Rahman. He started his career composing ad jingles and TV programs, including the signature tunes for Shahrukh Khan's debut television serial“Fauji”, Siddharth Basu’s “Quiz Time” and Pranoy Roy’s “The World this Week”. Loy was working with Ranjit Barot when he met Ehsaan and later the two met Shankar when he was roped in by Ranjit to sing for Pepsi as directed by Mukul Anand. With the turn of these events, they started to compose music for ads as a trio.

Shankar - Ehsaan - Loy debuted in Bollywood with Mukul Anand’s "Dus". Although slated to release in 1997, the film was delayed and finally released in 1999 due to Mukul Anand's death. They went on to compose for films like "Rockford" (1999) and “Bhopal Express” (1999) but got noticed only with Vidhu Vinod Chopra’s “Mission Kashmir” which earned them IIFA nominations.