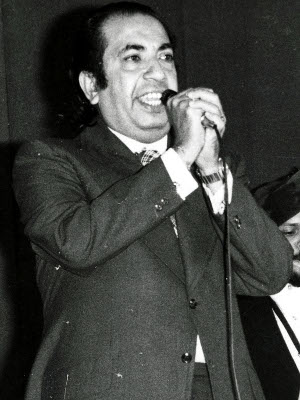 Mahendra Kapoor was born on January 9, 1934 in Amritsar, Punjab. In the five decades during which he was part of the Indian music industry, he was sang thousands of songs in Hindi and regional languages. He is best known for the patriotic song "Mere Desh Ki Dharti" from Manoj Kumar’s “Upkaar” (1967).

Though inspired by Mohammed Rafi at a young age, he pursued classical music under many stalwarts like Pt. Hussanlal, Ustad Niaz Ahmed Khan, Pt. Tulsidas Sharma and Ustad Abdul Rehman Khan. While he debuted as a singer in the film "Madmast" (1953), he had to wait for six long years for his first hit, “Aadha Hai Chandrama Raat Aadhi” ("Navrang", 1959), under C. Ramachandra.

In 1981, he recorded an album of Boney M songs in Hindi with Musarrat Nazir from Pakistan. He sang the popular title song of the TV serial “Mahabharat”. He was the voice of most of Dada Kondke’s characters in Marathi films.

He was honoured with the Padmashri Award by the Government of India in 1972.