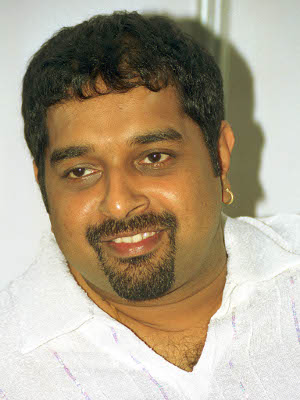 Shankar Mahadevan was born in a Tamil Iyer family from Kerala and was grew up in Mumbai. Shankar was trained in Hindustani Classical Music and Carnatic Music at a very early age and started playing the veena at the age of five. He gave his first solo performance when he was 11 years old. Guru T.R. Balamani was his main teacher and he also learned Hindustani semi-classical music under Tara Devi and Bhav geet under Srinivas Khale, the Marathi composer.

He graduated in 1988 with a Computer Science degree from Mumbai University. He then worked as a software engineer at Oracle but he gave it all up and decided to pursue a career in singing and later in composing music as part of the Shankar - Ehsaan - Loy trio.

While Shankar made his singing debut in 1985 for the Marathi movie “Vahinichi Maya”, it would be many more years before he got popular acclaim. In 1987, he met a Swedish band called Mynta that was touring India and teamed up with them along with tabla player Fazal Qureshi (Zakir Hussain’s younger brother). He had to wait till 1993 for singing debut movie in a Hindi movie, when he sang a ghazal for “Muhafiz” (also called “In Custody”). Despite limited opportunities and bad luck (Shankar - Ehsaan - Loy’s debut movie “Dus” was shelved in 1997 when director Mukul Anand died), Shankar continued experimenting with collaborations like the band Remembering Shakti (with John McLaughlin and Zakir Hussain among others) and Silk World Music Group (with Sivamani and Louis Banks). Singing offers in films did come in the late 1990s but he was typecast as a backup vocalist to be used for high-pitched alaaps and harkats.

It was eventually a non-film album “Breathless” released in 1998 that established him as a singer. The album became a big hit thanks for his singing talent and the unique concept of the song “Breathless” (recording the song to give an impression that it was sung in one breath). The album also marked with beginning of an association with the Akhtar family that lasts to this day - Javed Akhtar wrote the lyrics for the album and Farhan and Zoya Akhtar directed the music video for “Breathless”.

“Breathless” led to several singing opportunities in films for several languages including Hindi and Tamil. When he won the the National Award for the song “Yenna Solla Pogirai” (“Kandukondain Kandukondain”, 2000) with A.R. Rahman, the floodgates opened and he became a singer of choice in Bollywood and regional films.

It is also during this time that his career as a composer in the Shankar - Ehsaan - Loy trio picked up. After the failed start of “Dus”, a couple of other low budget movies and a moderately successful “Mission Kashmir” (2000), the trio landed the opportunity to compose the music for Farhan Akhtar’s directorial debut, “Dil Chahta Hai” (2001), after A.R. Rahman backed out due to other commitments. Their music for the movie became a chartbuster and is considered to be among their all time bests.

Shankar has won several national and regional level awards, the key ones being the National Film Award for the Best Playback Singer for “Maa” (“Taare Zameen Par”, 2008) and the Filmfare Award for Best Music Direction for “Kal Ho Na Ho” and “Bunty or Babli”.

Outside of his roles as a singer and music director, he has participated as a judge and mentor in talent shows like like Sa Re Ga Ma Pa Challenge and Music Ka Maha Muqabla. Shankar also has started the Shankar Mahadevan Academy which offers online training in Carnatic and Hindustani classical music as well as Hindi film songs and bhajans.