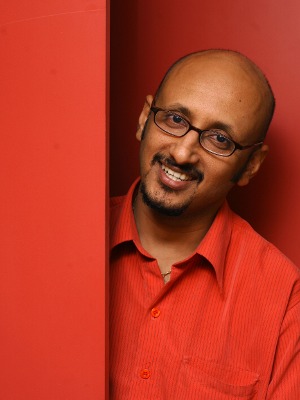 Composer Shantanu Moitra was born in Lucknow, Uttar Pradesh. Though his sarod playing father allowed him to learn music, taking up music as a profession was never encouraged. When he was still young, Moitra’s family shifted base to New Delhi, where he learnt music under Sushmit Bose, an urban-folk singer. Though he completed a degree in Economics from Delhi University and joined an advertising agency under Pradeep Sarkar, he never lost touch with music.

If at all, being in the advertising business only brought him closer to his real passion - music. Initially, Shantanu Moitra began composing for independent music albums, especially with Shubha Mudgal. Notable among these songs are the peppy “Ab Ke Saawan” and the passionate “Mann Ke Manjeere.”

Though he made his Hindi cinema debut with “Pyar Ki Dhun” (2002), it was the Swanank Kirkire-penned “Bawra Mann Dekhne Chala Ek Sapna” from Sudhir Mishra’s “Hazaaron Khwaishien Aisi” (2005) that made people take notice of him. The real high point, however, in Moitra’s own words was his erstwhile boss Pradeep Sarkar’s directorial debut “Parineeta” (2005). With songs like “Kaisi Paheli Zindagani” and “Piyu Bole”, “Parineeta” proved to be a worthy stepping stone for him. What’s more, the music of this film brought him the R.D. Burman Award for New Talent in Music. His composition “Naam Adaa Likhna” (“Yahaan”, 2005) also earned him appreciation. Till date, he has composed music for “Lage Raho Munna Bhai” (2006), “Khoya Khoya Chand” (2007), “Welcome to Sajjanpur” (2008) and “3 Idiots” (2009), but has continued to compose jingles all through this while. His jingle for a popular chewing gum advertisement earned him the Bronze Lion at Cannes.

Gulzar In Conversation With Tagore