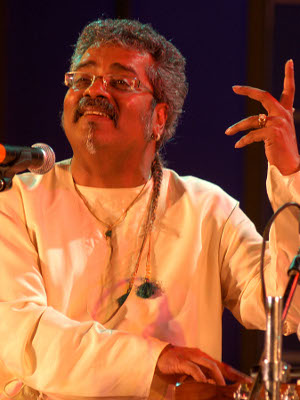 Hariharan was born in Bombay on 3 April 1955 to famous Carnatic vocalists Ananthasubramani and Alamelu. His first mentor and Carnatic music teacherwas his mother. He later developed an interest in Hindustani music as well. Hariharan lost his father when he was only seven. Although he earned Bachelors degrees in both science and law, his love for the art made him pursue a career in music.

Hariharan developed an interest in singing ghazals early on and received training from Ustad Ghulam Mustafa Khan. He also learnt Urdu and mastered the language. In 1977, Hariharan bagged the top prize in the All India Sur Singaar competition. This paved the path for Bollywood offers and he debuted with "Ajeeb Saneha" for music director Jaidev for the film "Gaman" (1978). The song became very popular and won Hariharan the Uttar Pradesh State Award.

Despite a headstart in Bollywood, Hariharan continued to be drawn to ghazal as a music form and it is in this musical form that he established himself. His first ghazal album was "Ghazal Ka Mausam" (1981). His next, "Abshaar-E-Ghazal" (1985) with Asha Bhosle, gave him his first major success with the record hitting gold on sales. He followed it up with "Gulfam" (1994) which was a huge hit and won Hariharan the Diva Award for the Best Album Of The Year in 1994.

Another significant part of Hariharan's eclectic career, was his work with Leslie Lewis for the band Colonial Cousins. They released their debut, eponymous album "Colonial Cousins" in 1996. The album's Carnatic-Pop fusion, for songs like "Krishna" and "Sa Ni Dha Pa", became a runaway success and won many awards including the MTV Indian Viewers' Choice award and Billboard Award for the Best Asian Music Group. Leslie and Hariharan became the first Indians to perform on this show. They also won the Channel [V] award. The song "Krishna" won the award for Best Music Video at the 1997 Screen Videocon Awards.

In 2004, Hariharan was honoured with the Padma Shri by the Government of India.

Hariharan is married to Lalitha and had two sons - Akshay and Karan. Lalitha manages Hariharan’s career and has been a pillar of strength in his life. His son Akshay is continuing Hariharan's legacy in music and debuted as a music director for the film "Black Home" (2013).

Aathwan Sur - The Other Side of Naushad