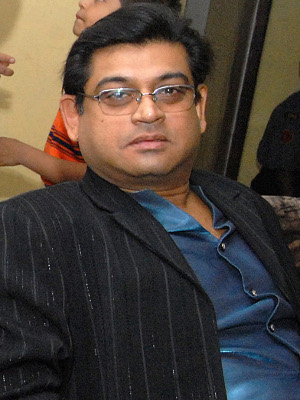 Playback singer, composer and son of the versatile Kishore Kumar, Amit Kumar was born on July 3, 1952 to the former’s wife Ruma Guha Thakurta, in Kolkata, West Bengal. Much before he grew up, he had featured as a child artiste in his father’s film “Duur Gagan Ki Chhaon Mein” (1964), in the famous song “Aa Chal Ke Tujhe.”

It is said that when he sang during a Durga Puja function arranged by Bengali actor Uttam Kumar, and people wouldn’t let him leave the stage, his mother complained to his father about his son singing ‘filmy’ songs. In response, Kishore Kumar took his son to Mumbai to train him into being a playback singer.

Though he started out as a playback singer with films like “Badhti Ka Naam Daadhi” (1974), the song “Bade Achchhe Lagte Hain” from “Balika Badhu” (1976) was the one that brought him in focus. Another film where his voice shone was Basu Chatterjee’s “Baton Baton Mein” (1979) - in songs like “Na Bole Tum” and “Uthe Sab Ke Kadam.” The film “Qurbani’s” (1980) song “Laila O Laila” signalled his entry into the 1980s’ as a name to reckon with. In the 1981 teenage love flick “Love Story”, Amit Kumar’s voice for Kumar Gaurav was very well received. The songs “Dekho Maine Dekha Hai” and “Yaad Aa Rahi Hai” became popular, the latter bringing him his Filmfare Award for Best Playback Singer. In fact, the ‘80s’ was the time when Amit Kumar sung for every leading man, from Kumar Gaurav to Anil Kapoor to even Naseeruddin Shah. Songs like “My Name Is Lakhan” (“Ram Lakhan”, 1989), “Tirchhi Topi Wale” (“Tridev”, 1989) only served to make his position unshakable during this time.

The song “Sanam Mere Sanam” from the film “Hum” (1991) brought in the 1990s’ on a high note for the singer. The trend continued for quite some time with songs like “Kaisa Lagta Hai” from “Baaghi” (1990), “Diwana Dil Diwana” (“Kabhi Haan Kabhi Na”, 1993) and so on. By this time,  R.D. Burman was someone he remained close to- much like his father. In fact, it was R.D. Burman who had given Amit Kumar some of his early hits, making him the number one in terms of male playback singing during those days. Thus, when Kumar Sanu was chosen to sing for Anil Kapoor in the film “1942: A love Story”, instead of himself, it did irk Amit Kumar. Also the middle and late 1990s’ were the time when the playback singing scene in India was undergoing a flux-like state, a change that proved to be a blow for the artiste’s singing career.

It was during this time that he released a few private albums like “Pyaar Toh Bas Pyaar Hai” and “MAD.” He also sang the title songs for the Hindi-dubbed version of Disney cartoon “Ducktales” and “Bob The Builder!” Films like “Dillagi” (1999), “Raju Chacha” (2000), “Kabhi Khushi Kabhi Gham” (2001) and “Apna Sapna Money Money” (2006) are some of the latest films for which he sang. He was also one the three judges at the Sony Entertainment Channel’s reality show “K For Kishore.”