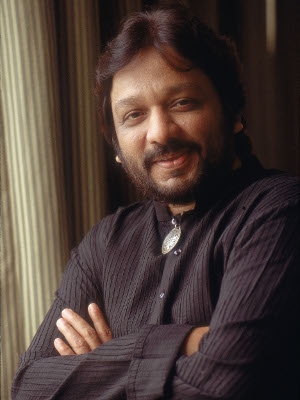 Born to Dhrupad maestro Pandit Chaturbhuj Rathod, Roop Kumar Rathod was never too far from music, much like his brothers Shravan Rathod and Vinod Rathod. Though Shravan Rathod formed partnership with Nadeem Saifi to work as the composer duo Nadeem-Shravan, and Vinod Rathod began singing playback for films, Roop Kumar stayed away from playback singing for a long time.

He kept playing the tabla in the meantime, for artistes like Manhar and Pankaj Udhas, Anup Jalota, for composer duo Kalyanji-Anandji, bhajans sung by Lata mangeshkar and even for Shyam Benegal’s “Discovery Of India.” It was with Laxmikant-Pyarelal’s “Sur Sangam” (1985) that he made his debut as a playback singer, though it was to take almost twelve years for Roop Kumar Rathod to arrive as a singer. He resumed playing the tabla and sang songs like “Main Tera Aashiq Hoon” (“Gumrah”, 1993) and “Barsaat Ke Mausam Mein” (“Naajayaz”, 1995).

The year 1997 brought with it “Border”, a film that was to make everyone take notice of Roop Kumar Rathod. Songs “Sandese Aate Hai” and “Ae Jatey Hue Lamhon”, which he had sung for the film, were well received. “Sandese Aate Hain” also brought him his first Filmfare Nomination as a singer. Songs like “Zindagi Maut Na Ban Jaye” (“Sarfarosh”, 1999), “Khamosh Raat” (“Thakshak”, 1999) and “Dil Ko Tum Se Pyar Hua” (“Rehna Hai Tere Dil Mein”, 2001) are some other songs that he is remembered for.

All this while, he also recorded private music albums along with wife Sonali Rathod as well as composing music for films like “Zeher” (2005) along with Anu Malik, and “Madhoshi” (2004). The 2004 film “Veer-Zaara” brought with it “Tere Liye”, a song that enjoyed year long popularity. Similar fate was experienced by the song “Maula Mere Maula” (“Anwar”, 2007) and “Tujhmein Rab Dikhta Hai” (Rab Ne Bana Di Jodi”, 2008). Apart from singing and composing for Hindi films, Roop Kumar Rathod has also sung in Sindhi, Kannada and Tamil songs.