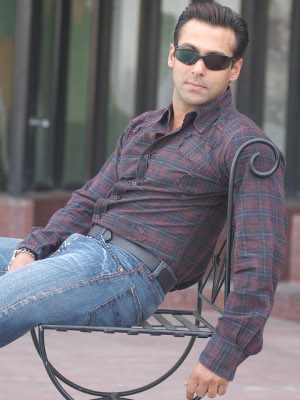 Hailed as one of the King Khans of Bollywood, Salman Khan has been in the limelight since his first hit “Maine Pyar Kiya” (1989). With over 80 films to his credit, he has also been active as a model, television presenter, painter, philanthropist and script writer. Born on 27 December 1965, Salman Khan is the eldest son of the illustrious screen writer Salim Khan and his first wife Salma.

Khan first turned to playback singing in the late nineties when all the King Khans had took to their vocal chords to explore their versatility. Salman recorded “Chandi Ki Daal Par” in his brother Sohail Khan’s film “Hello Brother” (1999). While this was mostly dialogue based, composers Sajid-Wajid got him to sing an entire song titled “Most Wanted Track” in Prabhu Deva’s 2009 movie “Wanted”. He has also written the lines for this song. The year before that, Salman Khan lent his voice to “Main Hoon Yuvvraaj” in Subhash Ghai’s 2008 musical “Yuvvraaj”. He has gone on to sing in his 2010 hit film “Dabangg” where he can be heard singing the Dabangg theme song and in Siddique’s blockbuster movie “Bodyguard” (2011) where he croons the title song set to music by Himesh Reshammiya.