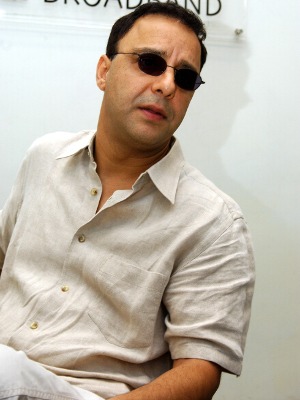 Vidhu Vinod Chopra was born on 5th September 1956 to a Punjabi family in Srinagar. His father was D.N. Chopra. Vidhu Vinod Chopra is a director, producer and writer of Hindi films. He studied at the Film and Television Institute of India in Pune.

He is married to film critic Anupama Chopra.

Vidhu Vinod Chopra made his directorial debut in 1976 with the short film “Murder at Monkey Hills”, with Naseerudin Shah. This won him the National Award for the Best Short Experimental Film and the Guru Dutt Memorial Award for the Best Student Film. Vidhu’s first mainstream Hindi film was “Sazaa-e-Maut” which was shot in 1981 in black and white. “Khamosh” (1985), “Parinda” (1989), “1942: A Love Story” (1994), “Kareeb” (1998) and “Mission Kashmir” (2000) are some of the other movies directed by Vidhu Vinod Chopra.

He has written lyrics for the songs like “Aane Char Aane” and “Bande Mein Tha Dum Vande Mataram” which are featured in his own film “Lage Raho Munna Bhai” (2006).