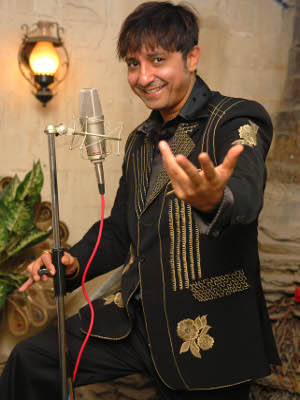 Sukhwinder Singh was born in Amritsar, Punjab. His interest in music led to his first stage performance when he was just eight. To further his Bollywood dream, he joined the team of music directors Laxmikant - Pyarelal. His first break as a singer came with the song "Maine Rab Se Tujhe" ("Karma", 1986). For the next decade or so, singing offers were few and far between.

That changed in 1998 with the enormous success of "Chaiya Chaiya" ("Dil Se"). The song, apart from being a blockbuster hit, also fetched him his first Filmfare Award for Best Male Playback Singer. The 2000s were Sukhwinder’s years as singing offers poured in. While he worked many composers, his best work remained with A.R. Rahman and, to some extent, with Vishal Bhardwaj. He has also been a part of several A.R. Rahman’s concerts.